I miss him. Very much miss him. For many years, I never experienced this kind of misery. Being away from him is unbearable.

In this loneliness, I had flashbacks to reflect my feelings lately.

When I first met Robert, he was just an ordinary guy. Not handsome, not stunning, not remarkably gorgeous. He just a simple guy, who came for an audition and wish if he’s lucky, he will get the role. 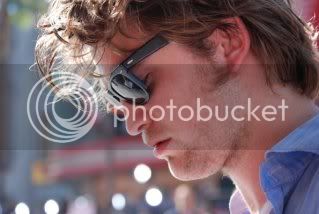 But I felt the chemistry. I gave Catherine a little intimidation, it should be Rob to play Edward.
I dare to say, Robert is my perfect Edward.

I believed that time, it was only a chemistry between co-stars, could be happen to any actors. You got the chemistry and you want him as your co-stars. Period. End of conversation.
But actually, I was wrong. I was very wrong.

During the filming, Rob was friendly. He’s warm and affable. A good friend to anyone including me.

He showed charming attitude. He said he can’t dance, but when we rehearsed, his charm made me wanted to dance forever with him.

I didn’t realize my growing feelings for him. I felt the needs to lean on him all the time, but I kept telling myself it was only because of his warm manner, I kept dragging myself into his arm.

I kept telling myself it was only because of his self-deprecating, I can laugh easily with him.

I told the media that the intimacy between us was only because we went through a lot together, it’s only a natural that we sort of lean on each other, because we’re put in the most psychotic situation. I didn’t realize, it was the my greatest self-denial

I just felt something was different when we met again in Munich. I could sense. He acted friendly. He barely look at me. Just simple glance. I felt coldness in my veins. I lost the warmth of his touch.

All those time, I thought Robert was Jacob. He stood between Bella & Edward, between me and Michael. but the truth was, the first time he entered my universe, he was Edward, my perfect Edward and I was already with Jacob. already with Michael.

He’s the one who really said, “ I can be noble, Kristen. I’m not going to make you choose between us. Just be happy, and you can have whatever part of me you want, or none at all, if that’s better. Don’t let any debt you feel you owe me influence your decision”
– quote from Eclipse –

How could I not choose him if I hardly take my eyes over him. 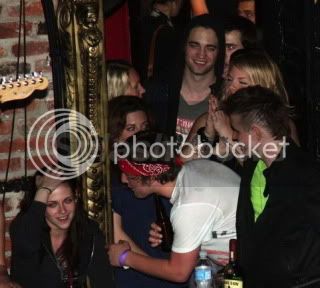 How could I not choose him when I saw the picture of our intimacy I felt happy and proud.

How could I not choose him if the way we look at each other was so intimate. We look to each other like we both deeply in love.

How could I not choose him if I felt like home when I lay my head onto his shoulder. His shoulder is my comfort.

I have made my decision.
“If all else perished, and he remained, I should still continue to be; and if all else remained, and he were annihilated, the universe would turn to a mighty stranger”.
– quote from New Moon – I know exactly what Bella means. And I know who I can’t live without.”

I turned down Michael’s proposal.

End of the photo shoot. I feel comfort in my heart. I have my faith. Robert makes me complete. His arms is my castle, his heart is my sky.

In the past few days, rumors about Robsten are getting hotter. I am worry about my sanity. This is only my imaginary writings to keep me sane.

Whatever the true story behind the wide-spread pictures & newest gossip, my writings is just my point of view, my own analysis. I’ll be tremendously happy if they could be a real couple, but if not at least I still have something to comfort my tortured feelings.

3 thoughts on “His arms is my castle, his heart is my sky”